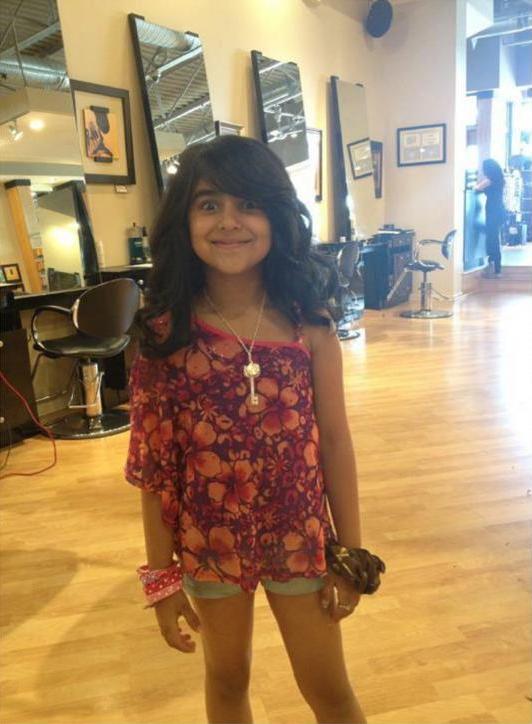 I was enjoying school in Chandigarh and learning to play golf and basketball. Piano lessons had also become a part of my daily routine. My mom started noticing that I seemed shorter than my friends and classmates, and somewhat too skinny. Around November 2013, when I had just turned 9 years old, I got a really high fever of around 104 degree centigrade . I was rushed to the doctor, who diagnosed it as a viral fever. Post that, I started running a low temperature of 99 degree centigrade almost every month. In addition, I would tire easily after playing sports, which I must mention I truly loved.

My grades in Maths did not seem to be as good as they used to be. It was not due to lack of trying, but I found it hard to focus and would tire easily. Sometimes, I also complained of a headache. The eye doctor ruled out a weak eyesight. In June 2014, when I visited my pediatrician Dr. Lenhard during one of our trips to the States, she ran a couple of blood tests for me. Some of the things Dr. Lenhard mentioned were ttg, diabetes, thyroid, etc. Dr. Lenhard had been my doctor since I was born, and called me peanut. She was surprised at my sudden bouts of fever, since I had been of pretty healthy disposition till then. The test for ttg (trans tissue glutaminase) came back to be very high at 14.4, and I remember my parents being extremely worried about it. I was taken to see a gastroenterologist called Dr. Brown at the Strong Memorial Hospital, in Rochester. She said, that I would need to undergo biopsy to confirm Celiac disease. My parents had no clue about it, and spent the whole night googling celiac disease, its symptoms and effects. My grandparents flew down from India, and my whole family congregated at the children’s ward early in the morning on 19th June 2014. I was a little scared, but somewhere also excited about this whole process. It seemed I was going to war and perhaps it was the start of my war against Gluten.

The nurses at the hospital were incredibly nice, and gave me some sort of medicine to smell which made me rather sleepy. When I woke up, after the biopsy, my throat felt rather dry and itchy. My mum seemed to have really red eyes and kept on hugging and kissing me. The doctor came to see me and told me that the good news was that they now knew what was making me sick. I had Celiac disease and gluten was triggering off my small intestines, which showed signs of atrophy. I seemed to have missed the typical or obvious symptoms of Celiac disease like stomach pain, indigestion but due to the non-absorption of nutrients, my body had no nourishment. Hence, my immunity was really low and I was falling sick every day. My short stature in comparison to my classmates also seemed to have a logical explanation now.

The next step was now to become gluten-free, since that is the only known treatment for Celiac disease.